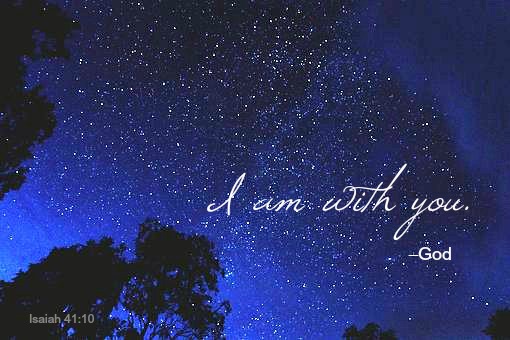 Not bad for a nomadic stockman.

Yet in spite of Abram’s strength and military prowess, the Lord later spoke to him, saying, “Don’t be afraid” (Gen. 15:1 NIV). The New Living Translation reads, “Do not be afraid, Abram, for I will protect you…”

With great tenderness, God addressed Abram’s deepest fear. His fear of being alone, of having no heir to carry on the family name or provide grandchildren in his old age.

I imagine the Patriarch awake in the lonely darkness, wondering, maybe fretting over what the future held. I see him like this because the scriptures say God took Abram outside and told him to look at the stars, count them if he could. For they represented the numberless descendants God would give him. (Genesis 15:1-6)

The Lord’s assurance of His presence with Abram is one we find repeated often. It’s as if God says the same thing over and over through the millennia, “I am with you.”

Some who heard this promise were Isaac, Moses, Joshua, and Jeremiah. Isaiah repeated the words to God’s people. Jesus spoke them to His disciples on a hill in Galilee, and He assured their truth by the presence of the Holy Spirit to the generations following (John 14:18).

The Apostle Paul heard them, and we can claim their assurance today.

It is the same God who cast the stars from His fingers that whispers in our darkest night, “I am with you.”

Take Him at his word. As Abram believed God, so too can we.

Listen with all your heart, and you will hear Him say, 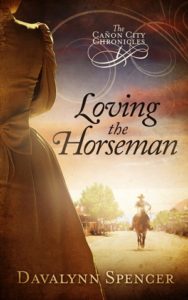 He sank onto his bedroll, eased back against his saddle, and waited for the stars to show—again. He could nearly chart them from watching them wink into view each night, as constant and familiar as his horses.

Restfulness settled over him for the first time since he’d left St. Joseph. The muscles in his neck and legs relaxed, and tension seeped from his spine as the river chattered like a secret companion just a few feet away. Three months riding alone had given him plenty of time to think about his life, where he’d been, and where he was going.                           –Loving the Horseman