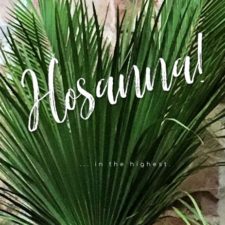 By Davalynn Spencer @davalynnspencer The mob can turn. A big event was coming to town and everyone was busy preparing, anticipating, hurrying. The Jews called it Passover. Early in the week, on a dirt-and-stone street, a crowd hailed an itinerant teacher as a king entering the gates of 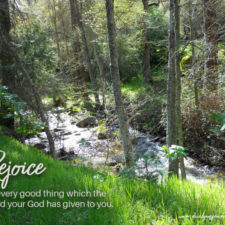 By Davalynn Spencer @davalynnspencer When I lived in the foothills of the Sierra Nevada Mountains, spring was obvious. Riotous, even, with flowers splashed on the hillsides and new-green grass everywhere. Some of my family still live there, and when they post photos on social media, I can almost

Read More »
My Soul Waits … but not for Daylight Saving Time 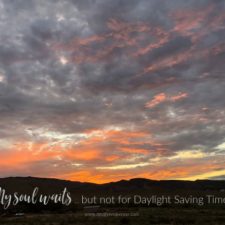 By Davalynn Spencer @davalynnspencer Daylight Saving Time started today. At 2 a.m., to be exact. Were you awake? Me neither. I remember once asking my mother about Daylight Wasting Time. Of course she thought it was cute. But my elementary-school brain figured the opposite of saving had to

Read More »
You Are My Refuge 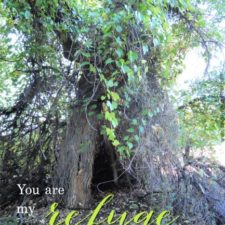 By Davalynn Spencer @davalynnspencer Reading one morning from a different version of the Bible, I was caught by new wording of a familiar verse: You are my refuge and my shield. Your word is my source of hope. Psalm 119:114 In my childhood, I had learned the first