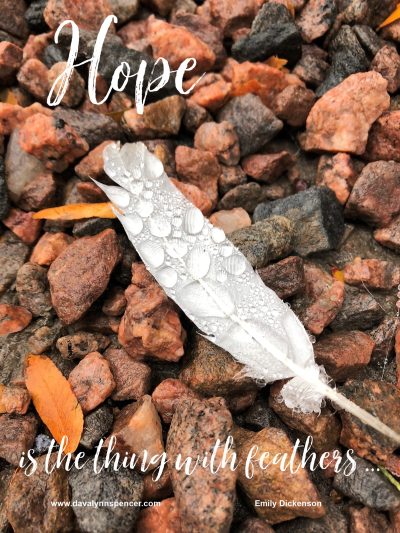 October 13 is release day for Book 5 of The Cañon City Chronicles, Hope Is Built. As I wrote this story, continuing into the third generation of the Hutton family, I realized there was so much more going on than a romance.

The second Hutton twin, Hugh, and a fiery gal from Pennsylvania, Mary McCrae, are at odds right from the beginning. Both have suffered great loss and they each want the same land, but for different reasons. One doubts God more than the other, but both feel overlooked.

Hugh lashes out to those around him, spewing the pain that poisons him.

“I begged God not to let my wife die in childbirth, but He wasn’t listening.”

Mary fights against social correctness and the expectations of others:

“I have no family, no home, no money. I’ve lost everything. Where are you, God?”

As an author of inspirational romance, I knew these two people would end up together because that’s the literary definition of a romance—happily ever after. But it’s the struggle and obstacles along the way that make the story something with which readers can relate.

When two people fight to be together, they usually stick. They may be fighting each other’s preconceived notions, outside obstacles such as weather and natural disasters, or objections and interferences from other people.

When they finally do get together at the altar, a phrase from 1 Corinthians 13:13 is often quoted during the ceremony: “faith, hope, and love.” The concepts of faith and love are not difficult to understand, and the apostle Paul refers to them in his letter to the Galatians when he says, “The only thing that counts is faith expressing itself through love” (5:6).

We express our faith in word, and deed, and ornamentation. We declare our love in acts of service, kindness, and passion.

God’s hope is not the wishful thinking of “I hope I can find a parking place,” or “I hope I don’t run into you-know-who at the market.”

Paul makes it clear that hope is a concrete trait of God Himself:

Now may the God of hope
fill you with all joy and peace in believing
as you trust in Him,
so that you may overflow with hope
by the power of the Holy Spirit.
Romans 15:13

Hope often seems ethereal, an idea that lacks physical representation as universal as a cross symbolizing faith or a heart shape implying love. Yet hope is foundational—an all-important ingredient that encourages us and keeps us going.

Hope is the thing with feathers
That perches in the soul,
And sings the tune without the words,
And never stops at all …*

Thank God for His brand of hope—strong like faith, tender like love, a priceless attribute of Himself.

Mary chided herself for allowing familiar to worm its way in. But it was hard not to feel familiar with a man who was inching his way into her life—especially in her own house with his boys out front, a dog on the porch, and hope for a future.

Her breath cut short. Was that what had oppressed her so on the dairy, a lack of hope?

Her pastor often spoke about the God of hope who filled His people with joy and peace, yet she’d not connected those things to her daily life. They had been mere concepts. But here, in Colorado’s high country, she was beginning to taste it all. ~Hope Is Built