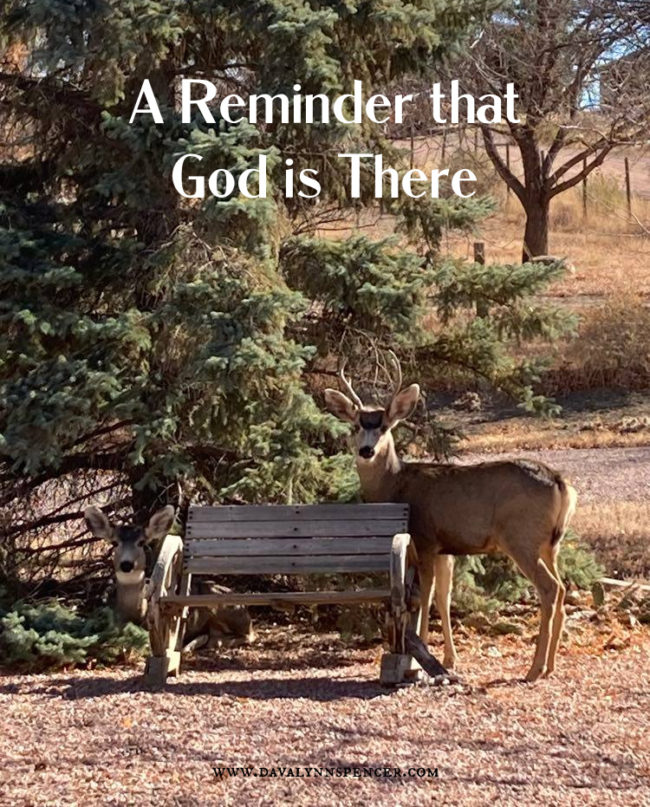 When I answered it, a friendly young man greeted me from a company I have done business with for several years.

After leaving his delivery, he mentioned the deer in my driveway and yard. He had encountered several on the roads in town, as does everyone who lives here, but he hadn’t been close to one.

For some reason, “my” deer gave him pause and we chatted for several minutes about how beautiful they were.

He turned back down the walkway and just as he got to his van said, “I needed to see animals today.”

His comment was one of the strangest I’ve heard.

Why did he need to see animals?

Was he battling discouragement? Disappointment, depression?

Did he live so detached from nature that he had forgotten there is more to life than earbuds, downloads, computerized schedules, and delivery routes?

Something about the wildlife touched him and he recognized its affect.

Our choice of words, decision to smile, or determination to look them in the eye and not be in a hurry could make a big difference.

It doesn’t take much to lift someone’s spirit. Let’s not overlook any opportunity.

Even if it’s merely observing one of God’s amazing creatures in our yard.

For You, LORD, have made me glad through Your work;
I will triumph in the works of Your hands.
Psalm 92:4 NKJV 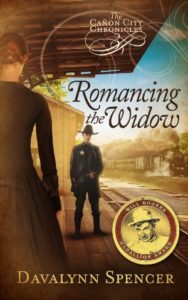 “Please be seated.” The pastor met Haskell’s eye and tipped his head in acknowledgment. A small russet-haired woman delayed seating herself and looked toward the back where he stood. Her shy smile pinned him to the wall as certain as a sharp shooter’s trigger finger.

The man to his right grunted and slapped his hat against his leg. Haskell hadn’t met him, but something about him felt familiar. His slight frame, an impatient air bordering on disrespect. Haskell ran his hand through his hair and cut a side glance. A smirk curled the younger’s man’s lip. Had he thought Martha smiled at him?

Maybe she had. The idea sobered Haskell and he pushed his shoulders back, straightened his stance.

“What is faith?” The preacher’s voice reached all the way to the back of the cramped room, louder than Haskell had heard him before.

Several parishioners tsked and others snickered at the remark. In the few sermons Haskell had heard, the preachers hadn’t used such common language. Maybe he’d been missing out all these years.

“Doesn’t matter what some folks say. It matters what God says. And he’s told us in the letter to the Romans that faith is the essence of what we hope for and evidence of what we can’t see.”

Haskell’s attention homed in on the preacher.

“Faith is knowing. It’s banking on what God tells us. It’s proof of the invisible—like Him. We don’t see God Himself, but we can see His handiwork around us and His love in our families and neighbors. We know He’s with us.” ~ Romancing the Widow

6 thoughts on “A Reminder that God is There”