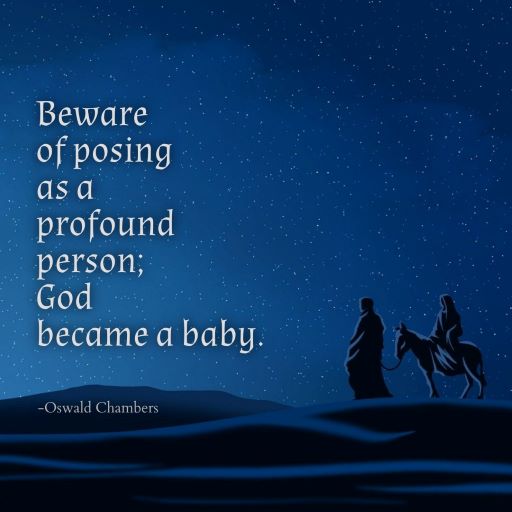 If you were God, how would you introduce yourself to your creation?

I would not show up as a baby, completely helpless and totally dependent upon two nondescript people who arrived in town after all the motel rooms were taken and had to sleep in a barn.

But why a baby?

It’s simple, really. God wanted to enter the human race, and there is only one way to become a human and that is to be born.

The problem is humans can’t get away from sin. It’s an inherited trait – in the blood, so to speak.  Passed down from generation to generation.

God played by the rules and a child was born. But the baby bypassed the blood-born pathogen of sin through birth by a virgin who conceived by the Holy Spirit, not sin-stained man. The embryo developed a blood system, as do all human embryos, and since the mother’s blood does not mix with her baby’s, the baby inherited no sin.

That doesn’t mean the baby didn’t grow up to be tempted by sin. He did, just like us. But He didn’t bite.

This God-man lived a sinless life, so when He died, His sinless blood was undeserving of death, and in the eyes of the Father, that blood paid the penalty of sin and washed away mankind’s debt.

That baby has been called Yeshua, even Joshua. He is known widely today as Jesus.

Jesus didn’t just pay and run. After He lived and died, He conquered death and lived again to walk beside us in our own life-living.

So Christmas is really about sacrifice. Maybe that’s why red and green are such prominent seasonal colors: the blood-red ribbons that flow from our evergreen boughs remind of us the Perfect Life that gives the rest of us eternal, ever-life.

If we accept the gift.

And who could refuse such a perfect gift?

And you know that Jesus came to take away our sins,
and there is no sin in Him.
1John 3:5 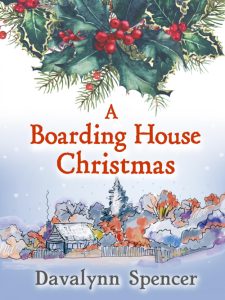 Breanna bowed her head, and her hair fell in a dark curtain against her cheeks. She paused for a moment and then began in a near whisper. “Thank You, Lord, for this most wonderful time of year. For sending Your son, Jesus. For this house and this food, and for loving us as we are. Amen.”

Her quiet prayer stirred something deep in Matt’s gut, unsettling him with a possible answer to his unvoiced question.

When he opened his eyes, she was watching him with such warmth that he thought his heart might explode. She’d be gone in a week and now that he’d seen what a family could be, he wouldn’t survive without her. ~ A Boarding House Christmas