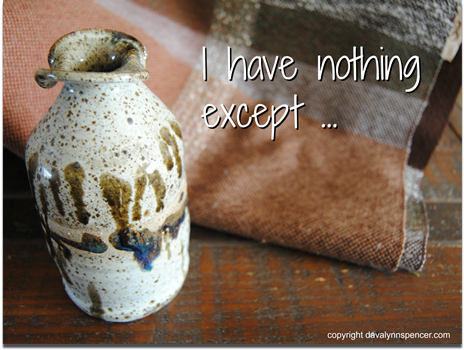 No, you didn’t misread that title, nor did I use the wrong word—except rather than accept.

People frequently confuse these homophones (they sound alike). “Accept” means to receive; “except” means to exclude, make an exception. Everything except this or that.

An *Old Testament story tells of a widow facing serious debt and the loss of her sons. She went to the prophet Elisha for help, and he asked what she had in her house. “Nothing,” she said. “Nothing except a small jar of oil.”

Her “except” made all the difference. It was the catalyst to her obedience that resulted in changing her life and the lives of her children. In truth, all she had was the capacity to obey … and a little oil.

Aren’t we a lot like that widow when God asks what we have that He can work with?

“I have nothing,” we say. “Well … nothing except a little money. A little time. A little talent. A little extra food in the freezer. A few extra clothes in the closet …”

What do we really have when we say we have nothing? What is the “except” in our lives that God can use if we give it to Him?

*To find out what happened to the widow and her sons, read this story in 2 Kings 4.

Connect with me via: 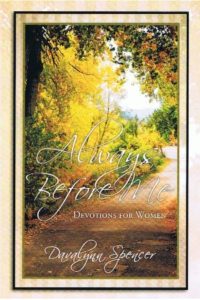 Thirty daily devotions for women to start off the new year.