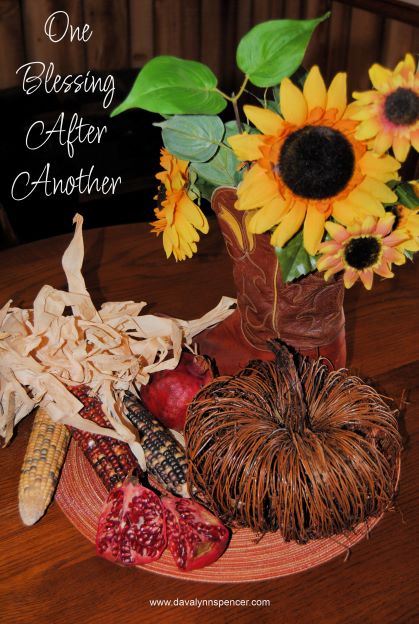 About this time every year, an unusual looking fruit appears in the produce section of the supermarket, one that I first sampled at my grandparents’ farm in California:

The only attractive thing about a pomegranate is its exquisite garnet color.

Beyond that, the round, tough-skinned fruit isn’t exactly pretty, but its ruby insides are sweet, juicy, and nutty all at the same time. It is truly an unusual fruit.

Of the six tree fruits mentioned in the Hebrew Bible—grapes, figs, olives, pomegranates, dates, and apples—the unattractive pomegranate was chosen by God to adorn the garment of the High Priest who served in the tabernacle (Exodus 28:33-34).

Later, when King Solomon built a more permanent temple, the capitals of two bronze pillars were decorated with pomegranates, as many as 200 pomegranates per pillar (1 Kings 7:15-22).

It seems like grape clusters would have been more elegant. Or apples. Yet, in my wondering about why God chose pomegranates rather than a prettier fruit, I missed the obvious.

The other five fruits mentioned bear seeds in their flesh, from one to several, depending on the fruit.

But beneath the leathery skin of a pomegranate, it is nothing but seeds.

Much has been written about the symbolism associated with pomegranates. But when I look at this unusual fruit decorating my dining table in the fall, I like to think of it as a globe of goodness. The sweet, nutty seeds just keep coming, one after the other, like God’s many blessings.

Perhaps our Thanksgiving tables need a few pomegranates circling the turkey this year, reminding us of God’s great goodness.

From the fullness of his grace
we have all received one blessing after another.
John 1:16

For an easy way to pluck the ruby gems from a pomegranate without dying your hands the same color, check out this easy tutorial.

How many seeds in a pomegranate? Early Rabbi’s believed there were 613, relating to the traditional number of commandments. One modern-day study’s count ranged from 165 to 1,370. The average was actually 613, so the Rabbis might have been on to something. 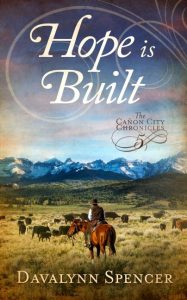 Anticipating a blessing from this family, Mary folded her hands and bowed her head, surprised that it was Helen who offered thanks. She stole a quick peek at Hugh, who sat staring out the window.

“Amen.” The chorus set the boys to their plates like horses to a race.

“Slow down,” Helen cautioned with a repetitious tone, as if she gave the warning at every meal. Based on the boys’ enthusiasm, she probably did.

Mary deliberately slowed her movements, and Kip mimicked her from across the table. The other two boys snickered but fell silent at a killing scowl from their father.

Did he not know what he had at his table? Three young blessings and a kind woman who did her best to keep them all fed and in line? Her opinion of the rancher fell dangerously close to that of her brother, but she kept her opinion to herself. ~Hope Is Built

2 thoughts on “One Blessing After Another”