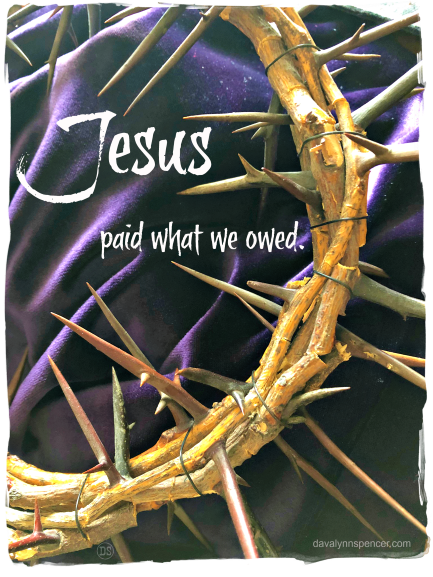 This is an interesting week. Today is the deadline for government taxes due in the United States, and this Friday is the day Christians commemorate Jesus’ death on the cross.

These events seem as far apart on the spectrum as possible, yet in a subtle way, they are related.

One day, Peter, a follower of Jesus, was asked if Jesus paid the Jewish temple tax required by all Jewish males. Peter said yes (Matthew 17:24-27).

But the question must have weighed on Peter’s mind, because when he joined Jesus at the house where they were staying, Jesus questioned Peter about his opinion as to who should pay taxes – a ruler’s children or a ruler’s subjects.

The subjects, Peter answered. Jesus agreed, and said the children of a ruler would be exempt. Yet He didn’t stop there.

“But so that we may not offend them, go to the lake and throw out your line. Take the first fish you catch; open its mouth and you will find a four-drachma coin. Take it and give it to them for my tax and yours.”

Peter was a fisherman, so throwing out his line to catch a fish wasn’t foreign to him. However, I imagine finding a coin in a fish’s mouth was, especially when that coin was enough for the tax required for two men.

Later, during the week leading up to the Jewish Passover* and Jesus’ crucifixion, religious leaders tried to trap Jesus with a trick question by asking him if Jews should pay taxes to the Roman government (Matthew 22:18-22).

Aware of their intent, Jesus didn’t give His questioners a yes or no answer. Instead, he asked to see the coin used for paying the tax, a silver Roman-minted denarius.

“Whose portrait is this, and whose inscription?” Jesus asked.

Jesus’ answer stunned them. “Give to Caesar what is Caesar’s, and to God what is God’s.”

I can almost see His adversaries shuffling away disgruntled and amazed.

Much has been said and written throughout history about taxation, its limitations or lack thereof, its fairness and unfairness, and Jesus’ actions and comments are worthy of our consideration. In the account of Peter and the coin-swallowing fish, I find it interesting that Jesus did more than pay His own tax, He paid Peter’s as well. Perhaps this was a foreshadowing of things to come.

This Friday, a day we refer to as Good Friday, let’s remember what Jesus did when He gave His life on a Roman cross at the insistence of Jewish leaders—a sacrifice ordained by God, not man.

Jesus paid what we owed.

*This Friday evening begins the first day of the Jewish Passover.

4 thoughts on “Jesus Paid What We Owed”