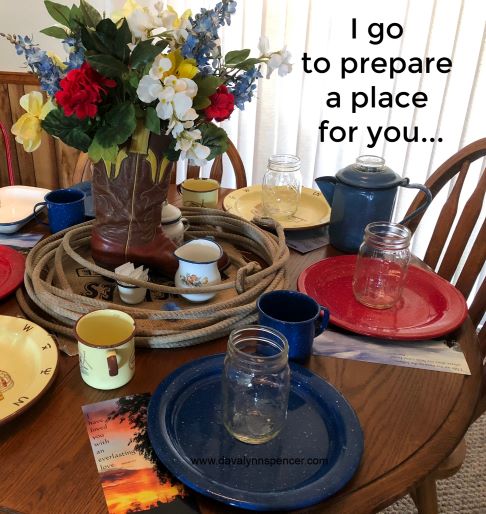 How many of us today prepare meals? I can think of a few people who go all out when it comes to cooking and inviting, or putting on a big spread, as farm/ranch families might say.

But we have busy lives, right? Times have not only changed, they’ve diminished. Too often we simply open a box or a pull-top can and call it good.

However, not everyone cuts back on their cooking because of time constrains. Single people rarely serve themselves full-fledged meals – like Mom, who quit fixing supper after Dad passed. Why bother if you can’t prepare something for the one you love?

That was her connection. Love.

Jesus spent time eating with people – at the wedding in Canaan, the tax collector’s house, the home of Lazarus, and elsewhere.

Scripture contains many references to tables and meals, from the table with bread in the ancient tabernacle and temple, to the Passover and Marriage Supper of the Lamb.

Some of Jesus’ parables touched on food, such as the story of the wealthy man to whose lavish meal no invited guests would come (Luke 14:15-23), or the father’s celebratory feast for his prodigal son returned home (Luke 15:11-24).

Jesus told the despised tax collector, Zacchaeus, “I must come to your house today!” (Luke 19:1-10). He was often accused of eating with unacceptable people, though he also ate with religious leaders who thought themselves quite acceptable.  (Luke 11:37-54)

One of Jesus’ most oft-repeated sayings is found in the book of Revelation: “I stand at the door and knock. If anyone hears my voice and opens the door, I will come in and eat with him, and he with me” (Rev. 3:20).

So what’s the big deal about sharing a meal with others? As I mentioned earlier, I believe it has something to do with love. A certain level of intimacy and community attends those who gather around a common table, facing each other, sharing the same food as well as their thoughts and feelings.

It’s the extra effort inherent in preparation—even if that preparation is opening the pizza box and passing out napkins.

When Jesus said He was going to prepare a place for us, He wasn’t talking about a place setting for a meal, but rather an eternal home with Him. Yet when I think about Him preparing something for me, it makes me feel loved.

This month as commercial attention focuses on romance, sit down for a meal or two with those you love, whether family or friends. Face them, make them feel welcome and worthy by sharing your food, listening to what they have to say, and simply enjoying their presence.

Turn off the television, cell phones, and video games. Thank the Lord for His blessings. Look at and listen to those blessings sitting there with you. And share your heart.

What better Valentine’s Day gift is there? 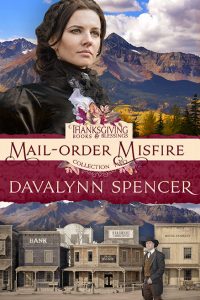 Her little arms flew around his neck and she kissed him on the cheek. “Thank you, Papa. Do you want me to make fresh biscuits for supper?”
What he wanted was for his little girl to be a little girl, not the woman of the house. “We have plenty left over from this morning. You set the table for us and I’ll dish up the beans.”
She didn’t hide the wrinkle on her nose at his mention of beans, but she did what he asked.
Setting the table was what Ruth would have Gracie do. He didn’t care what side of the bowl his spoon was on, or whether he had a napkin, just so he could eat. But that was no way to raise a girl who would someday be a mother and wife in her own right. And that day would be here before he knew it. ~Mail-order Misfire

6 thoughts on “I Go to Prepare a Place for You”