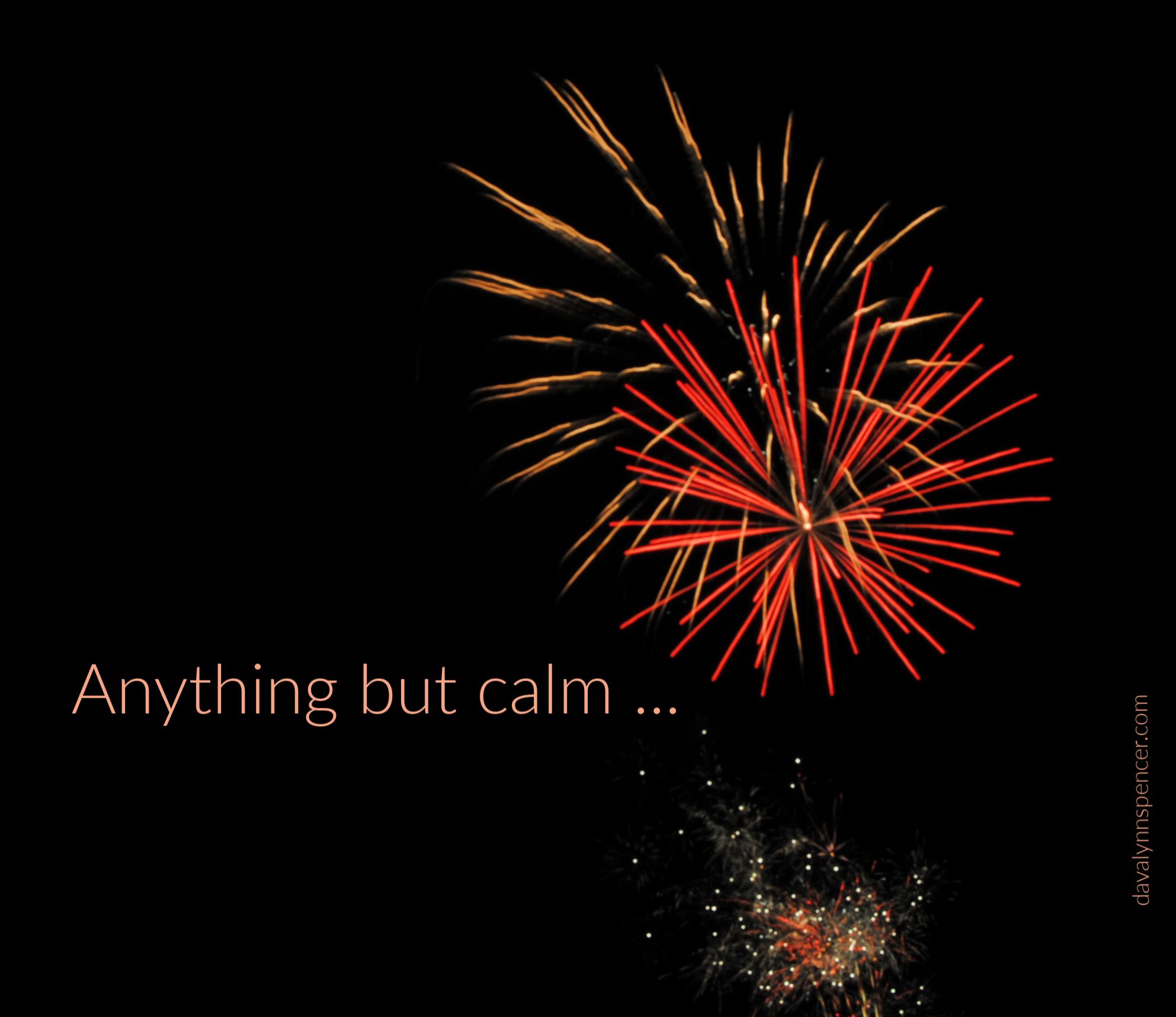 The Western Washington State Fair in Puyallup was laid out and maintained like a theme park. Disneyland and Six Flags, move over. Everything was bright, pristine, and welcoming as we pulled our rig in next to the arena and set up camp for the three-day rodeo. Trouble was, there was a lot more than just a rodeo going on.

My husband, Mike, was contracted to work his comedy acts and also man his clown barrel during the bull riding for six performances—two each day for three days. Both day and evening performances opened with sky divers landing in the arena, and each evening performance was followed by a live concert with a fireworks display to wrap things up.

And wrapped up was exactly how we felt each night after twelve hours of adrenaline followed by a couple more hours of electronically amplified music and deafening pyrotechnics.

We were in the middle of it. Literally. I have yet to find anything that rivals the surround-sound of living behind the bandstand of a live concert.

The effects were most brutal on our paint pony Rodeo Rose and our two-year-old son—anything but calming—and I hadn’t seen it coming.

“Music and fireworks,” I’d thought. “Big deal.” But it was way bigger than I anticipated.

By the time the concert wrapped up the first night and the fireworks kicked off, our little encampment was in an uproar. Keeping our toddler close beside me, I ventured out to the tethered pony that normally enjoyed being outside on mild summer evenings. She was trembling and stomping and doing her best to get away, so I loaded her inside the back of the trailer and locked the doors. Then our little human contingent went back inside our rig and lay across the double bed in the overhang where we could watch the night’s display.

Our two-year-old wasn’t very happy, and probably would have preferred the inside of the animal compartment to our ringside viewing. Offering the security of one arm stretched over his back, I began the “ooh-aah” mantra of grownup fireworks observers.

Lying close together we watched from the comfort of our on-the-road-home. Soon his little body relaxed, and his tension eased as he realized he was safe.

The plan had worked. My calm transferred into him.

By the time we pulled out of Puyallup two days later, all of us were exhausted. But our little cowboy was never again traumatized by a fireworks display. Good thing, since rodeo was our life for a long time.

I learned more from that situation than my son did. I learned the importance of grabbing hold of a calm demeanor in the middle of a trying situation. By internalizing peace, I could then transfer it to someone else.

Because of my experience with fireworks and my love for our son, I could let him know he had nothing to fear. Similarly, because of Jesus’ experiences with life—even death—coupled with His great love for us, He lets us know that, with Him, we too have nothing to fear.

I’m grateful for that lesson and how it’s proven true over the years. There’s nothing our Lord can’t handle.

I sought the Lord and he answered me; he delivered me from all my fears.
Psalm 34:4 NIV

The clouds unfolded, banked against the opposite mountains and packed down like a feather mattress. Rain came gentle at first, errant drops, plump and singular. Lucy stood like a ship’s mast, wind whipping her skirt through her legs. Buck screwed his hat down and strode to the gate but waited, holding himself back from her private war. Gorged to its limit, the sky broke open, and within minutes water ran like a river. The meager garden floated in a dark lake that licked at Lucy’s skirts. When the hail came, her hands went slack and her shoulders slumped. She dropped to her knees.

Lucy Powell didn’t want to be coddled, but he’d not stand by and watch her drown in defeat. Splashing into the running current, he scooped her into his arms and offered his back to the stinging fury. Ice the size of checker pieces pelted into every living plant, beating them into the muddy water.  ~ The Columbine Bride (free for newsletter subscribers)

2 thoughts on “Calm in the Midst of the Pyrotechnics”