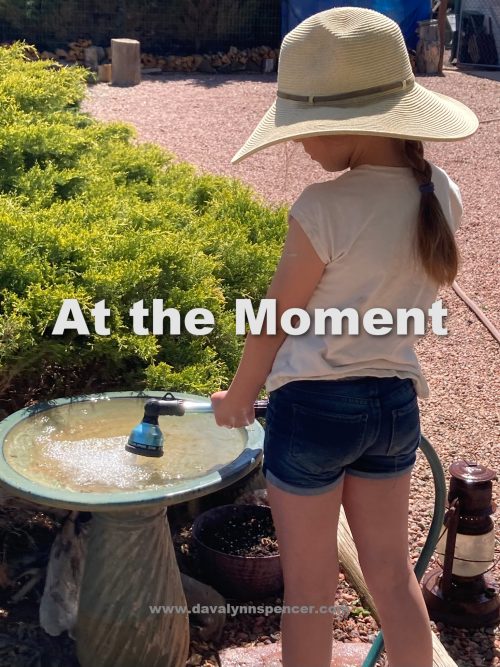 One morning several years ago, a dear family friend called, and we chatted about our respective families. The conversation quickly worked around to the Lord. It always does with Pat Day, Eclipse Award-winning jockey and proclaimer of the faith.

My husband, Mike, and Pat became close friends during Mike’s tenure as Chaplain on the backside of Oaklawn Park Racetrack in Hot Springs, Arkansas. They stayed in touch until Mike’s earthly suffering ended last year and Pat spoke at his Celebration of Life.

Since then, Pat has entered his own hard season, but the Lord continues to sustain him and be the object of his praise. He also holds to what he shared with me that day about “quiet time.” Something his pastor had said.

“The only time you can be with God is in the immediate moment,” he said. “You can’t be with him five minutes ago, or five minutes from now. Only now, this instant.”

As occupants of this fast-paced, modern world, we get caught up in time and all its constraints. Though it is an intangible commodity, time drives our labor, priorities, and dreams. We have either too much of it or not enough. We spend it, save it, and measure it, but we cannot grasp it.

All of us have heard the witty clichés about past, present, and future, but God’s word says, “Now is the day of salvation.” This moment.

This weekend as we pause from our labors and busyness, and celebrate a day off, what could be more important than spending some time in the presence of the one who holds time in His hand?

A few minutes now can determine where you’ll spend eternity.

What are you doing at the moment?

For the first time in her life, Mary wished she had a gun.

She knelt at the edge of the window and waited for whatever was out there to move again. But the only movement came from the corral where Sassy was nosing a small pile of hay and another horse was doing the same. It looked like Shorty, Hugh’s gelding. Unsaddled.

At that moment, he stepped from the barn’s shadowed doorway and into the light. A small spotted dog followed him on a length of twine, not at all happy with the constraint.

She watched, enthralled, as big tough, blustering Hugh Hutton dropped to his haunches and rubbed the dog’s back and ears, then pushed on its little behind until it sat on the ground. It jumped up, but he repeated the gesture, then stood holding his hand out over the dog. After a moment he reached into his vest pocket and gave the dog something that set its stub tail to wagging.

Hugh tugged on the rope and the dog resisted. Again he went through the previous routine, rewarding the animal for its choice, and Mary laughed aloud at the way it wiggled its whole behind. This time when Hugh tugged on the twine, the dog followed.

They were making their way to the house.

6 thoughts on “At the Moment”